Vegetable factories are specialized facilities which, through the artificial control of internal conditions such as lighting, temperature, humidity, and nutrient supply, allow for the systematic and stable cultivation of vegetables all year round. The factory being developed by Marubeni, Showa Denko and Chiyoda runs entirely on LED lighting and enables vegetable cultivation in places where natural sunlight is limited or unreliable. By utilizing “S method (SHIGYO® method*)” technology developed by Showa Denko, the factory can achieve high speeds of growth and large yields. Vegetable flavor and density can also be manipulated by controlling the wavelength and intensity of the LED lighting.

Each company has a specific role in the project. Showa Denko will provide a cultivation system based on its "S method"; Chiyoda will conduct design, procurement and management of the factory by utilizing the know-how it has gained through the experimental study of crop cultivation on the International Space Station; and Marubeni will promote and conduct market development of vegetable factories in overseas countries. 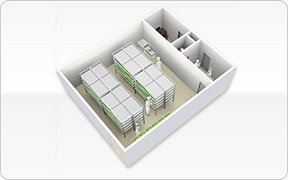 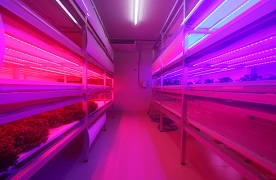 As the first stage in this business, Marubeni, Showa Denko and Chiyoda have reached an agreement with Al Ghurair Group ("Al Ghurair"), one of the largest conglomerates in the United Arab Emirates, to introduce a demonstration plant of their vegetable factory in Dubai in January 2017. Al Ghurair will conduct a one-year field test as well as marketing in the Middle East with the prospect of introducing a large-scale vegetable factory for commercial purposes.

Marubeni, Showa Denko and Chiyoda will use this demonstration plant as a showroom for customers who are considering introducing their own vegetable factory and proceed with overseas market promotion with a primary focus on the Middle East.

* S method (SHIGYO® method)
Photoresponses including photosynthesis and photomorphogenesis are biological reactions essential for growth of vegetables. The optimum combination of red and blue light to accelerate photoresponses and vegetable growth should be determined in consideration of the kind of vegetable and its growing stages. The S method, featuring LEDs manufactured by Showa Denko, is a vegetable cultivation method that accelerates growth of vegetables through irradiation of optimized combination of red and blue light at optimized intervals, shortens shipment cycles, and reduces electricity cost.

[Location of the demonstration plant] 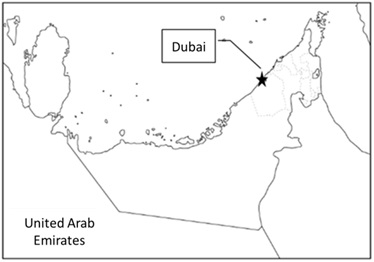