In sophisticated displays with a touch panel, such as foldable smartphones, a demand for decoration on each component is being increased.
A transparent conducting film is a main component of capacitive touch sensors mounted on displays. Innovative films having flexibility, low resistivity, and high transparency are being developed; one candidate for next-generation films is silver nanowire film (AgNW TCF).

What is AgNW TCF?

Currently, indium tin oxide (ITO) films are widely used as transparent conducting films, but they have low flexibility and bendability.

Using our original binder resin and overcoat material, we have further improved the bendability of AgNW TCF to overcome its disadvantage of low durability, while keeping its advantage of low resistivity.
Regarding bendability, AgNW TCF can withstand 1,000,000 mountain and valley folds (R = 1 mm), which is required by foldable smartphones. 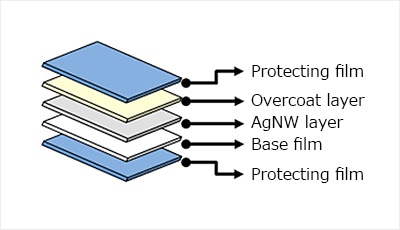 Properties of our standard-grade AgNW TCF

Using our original overcoat layer, our AgNW TCF has better bendability than the base film alone, which is the major determinant of bendability. 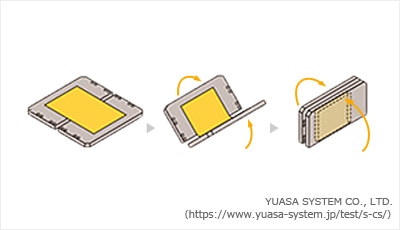 Silver is generally known to be easily migrated; however, we have achieved high insulation reliability using our original binder resin. 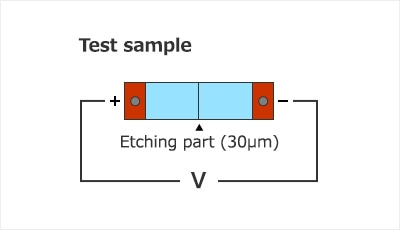